Please login or create an account to allow your designs to be saved for printing whenever you need them.

Think you have free will when it comes to what you buy? Think you make a rational choice based on all the relevant information? Well you don’t, not according to Martin Lindstrom anyway.

Lindstrom has studied and researched this for decades, setup his first agency at the age of 12, has written many bestsellers and has been labeled one of the World's 100 Most Influential People by Time Magazine.

90% seems a very large figure to be taken seriously, do we really get overruled by a mechanism that doesn’t even seem to be focused on the task in hand? It doesn’t register as credible from our perception of the process. Yet it’s hard to ignore Lindstrom’s credentials and his influence on the field of Marketing.

He is credited with the invention of the field of Buyology, a branch of the more mainstream, if controversial, practice of Neuromarketing and a book, on which it is based, was proclaimed, by the Wall Street Journal, to be one of the five best marketing books ever published.

The psychology of sales is a growing field of research

Why do we do what we do?
What influences our decisions?

According to Evolutionary Psychology, most of our drives and decisions are designed to enable us to procreate. By a combination of hormones and instincts, our genes try their level best to ensure they are passed to the next generation. Of course, it’s not the genes themselves that make these decisions, after all DNA is just a chemical with no desires or agendas. Over billions of years of evolution, natural selection has favored species and mutations that will stop at nothing to create the next generation, this is how they flourished rather than dwindling to extinction.

Obviously, we don’t all run round hellbent on constant procreation and doing the things that are involved in it, there’s daily life and personal survival to consider but the pursuit of social standing and a place in life’s hierarchies is hard-wired into us. It could also be a simple matter of survival that has partly led to our tendency to follow the heard. We are social creatures and moving together to avoid danger is superior to debating everything before deciding what to do when it could become too late.

So What Does This Have to do With My Choice of Shoes? 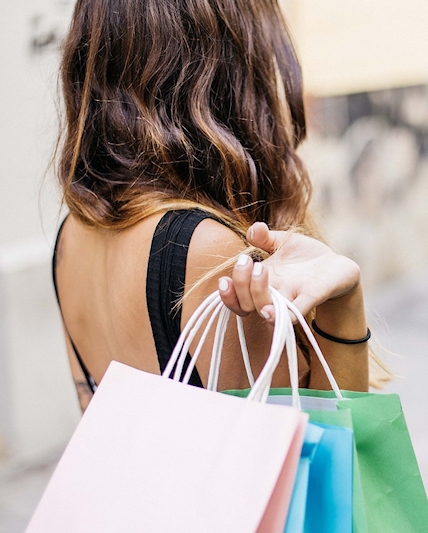 Status and beauty are the primary motivators. Status is a measure of the ability to support a family and beauty is a measure of health or the ability to produce a healthy family so our subconscious drives us to enhance both traits. This is where marketing steps in, using status as an example, celebrity endorsement is a classic example. We see a successful person and want to be more like them thereby enhancing our status by wearing, using, eating/drinking or some other way of consuming a product in the same way as them. Of course, this can’t be a conscious decision. Nobody would actually think it through and come to the conclusion that drinking the same coffee as George Clooney would enhance your social status nor has he any expertise in the field of coffee but he’s still paid a huge amount to be the brand ambassador for Nespresso.

During our busy modern lives, the average person makes up to 10,000 decisions a day, some are lifechanging and take careful consideration, sometimes over multiple days, where to live, who to marry, what car to buy etc. Most of the time, however, we don’t have time to weigh up all the options so we just go with gut instinct which is more open to manipulation than we think. Shoe stores smell of leather (often sprayed from a can) and mists of perfume are wafted around department stores. Ask yourself why trillions of dollars are spent on advertising when price and customer reviews would be the only rational measure anyone would ever need?

Any Evidence for This? 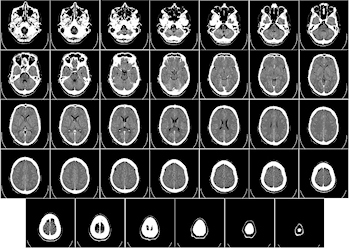 Like most theories, it’s hard to be 100% certain of its veracity but experimental evidence lends it some credence. A device similar to an MRI scan has been used to investigate the areas of the brain that are active during a range of decision-making processes and they broadly corresponded with the expected results.

There’s certainly anecdotal evidence too, for example, everybody used to wear black earphones then Apple spoke to our subconscious’s and said hey, why not join our family of cool people and get higher status with white earphones and bingo, many people jumped on the bandwagon which helped give rise to earphones becoming fashion statements.

“Decisions are allocated as little as 2.5 seconds and the balance is tipped one way or another by associations our minds have made between consumer goods and base instincts, this is how brands get into our lives and under our skin.“ 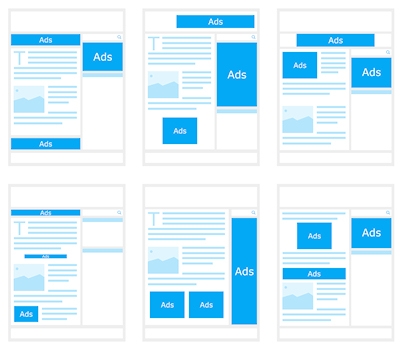 Back in the 1960s, television advertising was high impact, it was new and people took notice of it almost as much as the scheduled programs. Studies have shown that while a significant proportion (about a third) of adverts were remembered by the viewer 50-60 years ago, the figures were down to about 2% a decade ago and unmeasurably small now due to new technologies like on-demand TV.

Internet banner ads have suffered the same fate with traditional advert sizes attracting an average Click Through Rate (CTR) of 0.05%, or 1 in every 2000, when not so long ago, quadruple that figure was the norm. It seems we learn to ignore things that become over-familiar to us even shapes, for example, the standard banner size and shape is a 728x90 pixel rectangle which few of us even notice because our brains block it out.

To get noticed in traditional advertising today you need to stand out from the crowd which has led to more and more extreme subject matter being aired, sometimes with counterproductive results. Consider the Kendall Jenner and Pepsi debacle from 2017, they are both big enough to ride that sort of storm but smaller companies would be wise to heed the lessons from their mistake.

During the study, test subjects were shown items and a map of their brain activity was monitored. It soon became apparent that when the subject's desire was aroused a certain part of the brain called the Brodmann Area 10 reacted allowing researchers to extrapolate and predict which items would provoke a response. This process is part of Neuromarketing, which is becoming an increasingly large part of some company’s marketing strategy.

The subconscious rewards certain behaviors with Dopamine, which is a hormone linked to the pleasure centers of the brain. Such processes become reinforced and could become problematic if indulged too much, retail therapy shouldn’t become an obsession. The Dopamine effect is triggered partly by learned behavior but also by the instinct that drives us social animals to try to climb the ladder.

In order to feel the desire, there needs to be a trigger. Sight, the mechanism by which we mainly develop these associations, plays a big part but also smell has a strong link to memory and can be used to make correlations between products and significant instances in the past. Music and sounds also evoke emotions to hook the customer in for example classical music was found to provoke more sales of Champagne for shops that sold it than those that played pop music.

A major part of our brain is busy with automatic processes, not conscious thinking. A lot of emotions and less cognitive activities happen,” says behavioral economist George Loewenstein. Our brain is preoccupied with running our bodies most of the time so it has little time for such trivialities as making mundane choices. Decisions are allocated as little as 2.5 seconds and the balance is tipped one way or another by associations our minds have made between consumer goods and base instincts, this is how brands get into our lives and under our skin.

You have no items in your quote.